So Keshe finally escaped the Italian law enforcement and moved to another place. It seems the prime minister of Italy finally woke up to the extraordinary scam that has been going on in his country, ever since Keshe moved there, and ordered an investigation. Before that, according to certain sources, Keshe also had to escape from other countries like England, Belgium, and even “his beloved country” Iran. Why ? Why do you think he never visits these countries anymore ? When asked, he says “If you knew what I know, you would understand why we don’t go there.” LOL! If you knew what we know about Keshe, you would understand even more. LOL!

The answer: For years Keshe has been making a lot of money on the back of very sick people, by giving them false hope about a possible cure, which he certainly doesn’t have. Some died before he tried to help them, but he got their money in time. He also received more payments and “donations” from blind followers all over the world. He falsely accused and slandered too many people in too many nations, and yet he kept calling himself “correct” and still (!) does.

Keshe now has his luxury life in Dubai, just like any other “humble” Messiah guru and cult leader would have it.

His luxury life was financed by YOU, his loyal followers. He will now be laughing at all of you behind your back for buying his non-working products over the years, and even more so because some of you report that they do work. Not even in his wildest dreams would he have imagined that there are actually people out there who see a device working even when it doesn’t.

But that’s not enough, he is now planning the next stage of his scam: to establish the world government (That’s what he tells you). But his idea of a world government is the one that has been planned a long time ago, to then have a war between that world government and the people, the same way as KF people are now attacking and trolling critics. And if you are still blind and naive enough, Keshe will ALLOW you to continue to support this war. Because you will continue to believe his lies, even though it’s apparent to anyone that Keshe’s real goal was to be able to live a luxury life on the back of other people. Yet he says others got rich on the back of the Keshe Foundation, which is yet another lie, except maybe for a few core members, “who are heavily paid by their paymaster”. 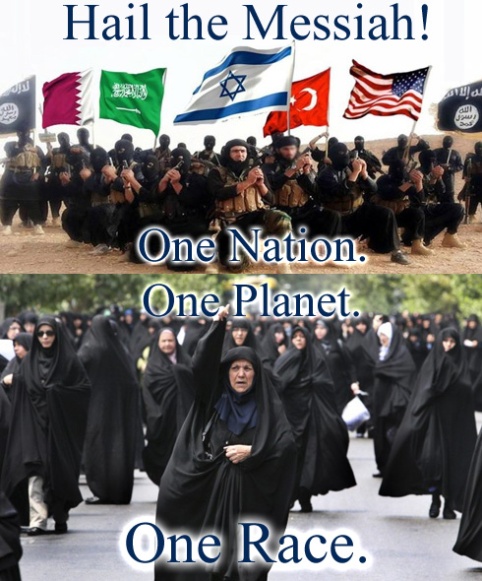 How was Keshe able to get away with his evil tricks for so long ?

We found a few good quotes in this article.

“The ultimate cause of evil lies in the interaction of two human factors: 1) normal human ignorance and weakness and 2) the existence and action of a statistically small (4-8% of the general population) but extremely active group of psychologically deviant individuals. The ignorance of the existence of such psychological differences is the first criterion of ponerogenesis. That is, such ignorance creates an opening whereby such individuals can act undetected.”

So this means because most people, including KF followers, deny Keshe’s apparent deceptions, so he has been able to scam them for over a decade.

“Evil has two elements. The born psychopath who is incapable of experiencing any real emotion nor the experience of empathy for others, and the characteropath who becomes evil either through trauma, illness, environmental illness, nurture or brain damage.”

This brain damage might have been caused by the KF “health helmet”, which is part of the new “health unit” shown in the health blueprint teaching of January 26, 2016. What if Keshe has been using it for a long time, and turned himself into a mentally ill man ? He even admitted in the health blueprint teaching on January 26th that he has been using it for 10 years. Then those of you who also use the health unit might also experience such negative effects, or worse. When magnetic fields interact with the brain or even just with the aura, they will cause an imbalance in the brain and the body.

Keshe once said in a workshop that he has been chosen and was prepared for his task as the Messiah before birth, but at the same time he tells people privately that he got his knowledge in 2007, when he fell off a horse. So this is yet another contradiction, another lie. Most likely both of these explanations are lies.

“Evil is not some unidentifiable “other” with horns. Evil is very human, and its human characteristic is to lie. Its nature is to pervert others in order that this minority group not only rules but influences those around them to adopt their emotionally devoid and socially irresponsible world view. What is imperative in this process is that humanity realizes that in culture, in social structures, in arts, entertainment, politics and commerce, we have through their influence been infected like a virus, where abhorrent behaviour has been inculcated. The unacceptable has become acceptable.”

To pervert others to accept the lunatic ideas of the KF, yes, that is what Keshe does. And the unacceptable has indeed become acceptable, that’s why the core team supports Keshe’s incredibly deceptive and morally despicable behaviour. And then he calls those who see and speak the truth “the dark forces”, because the dark must call the light “dark” in order not be discovered. Perfect deception from the master deceiver. Under Keshe’s rulership, speaking the truth might become the new hate speech. That’s what he wishes… but the light is stronger than his dark fantasies.

He tells his followers in every workshop: “Do not get frightened by those who attack you. Do not click on links and emails because this is how they attack you” but at the same time by telling such nonsense, he creates fear in his followers himself. But nobody attacks them, so this fearmongering has no base in reality, but Keshe still uses it to control his followers. This is called “Divide and Rule”. In reality Keshe is terrified of someone posting a link to our website and people reading the truth about his scamming methods, which he has been repeating for many years. It is HIM who uses fearmongering, for example by telling his BS stories about the “second sun” or about imminent earthquakes, or by asking his followers if they know when the end of this planet will arrive. Sorry to disappoint you, but there will be no second sun, no devastating earthquake, and no other catastrophe happening in the near future. No pole shift, no Planet X, no Nibiru, none of that bullshit. Those who talk about such “extinction level events” are the ones who WANT humanity to suffer and die. So if Keshe keeps announcing such things, what does it mean ? Wake up guys.

Also funny: in Rick’s plasma reactor group on January 26th, Keshe mentioned that someone had put together a list of KF Facebook groups and their number of members, and said: “Our enemies served us well”, not realizing that this list was published on “Keshe 24 hours News and Videos” which of course supports the KF. So again Keshe attacks his own supporters and calls them “enemies”. This confirms once again what we said in our previous posts: Keshe sees EVERYONE, even his supporters, as his enemies, even if he is good at pretending the opposite.

Another example of Keshe’s dishonesty: When someone from Mexico called in, Keshe claimed that he used to have good people who did the Spanish workshops (referring to Enrique), but they were convinced “by the dark forces in the red circle” to quit. Of course that was just another manifest lie.

Here is part of Enrique’s email to us, in response to Keshe’s false claims:

Another funny thing is that in the previous workshop Keshe said “We don’t ask for donations, we are financially secure”, but one week later he said “We need huge amounts of donations”, and it has been going like this forever, with one contradiction chasing another. It’s all about the money, or “what we call the correct ethos of the foundation”. This is proven by the fact that Keshe accuses us and others all the time of being “heavily paid by the governments”, which only shows that money is all he and his followers have on their mind, because if they didn’t, why would they even care for what other people are paid ? And why would random newcomers immediately accept Keshe’s offer to have them work for him, when they know nothing about the KF, except for the hype spread on Facebook and Youtube ? The truth is that we run this site out of pure idealism, because unlike Keshe, we truly care for YOU. We get paid NOTHING. We would rather not have to deal with this nonsense and slander anymore, but like we said many times, we care for truth and justice, and we stand up for them. Keshe still hasn’t apologized to any of the countless people he harmed, and he hasn’t refunded his customers. He only took the money and ran off to Dubai to have his luxury life. And his team has been supporting this scam.

Whenever someone contradicts Keshe and shows that his technology doesn’t work, KF followers immediately ask: “How much do you get paid to do this ?” This shows how deeply they themselves are hooked on money, as they can’t even imagine that someone would freely stand up for their true ideals, rather than doing things for money.

Could it be that Keshe is the one who is “heavily paid” by “some” government to cause problems and to ridicule the credibility of real free energy research ? That would explain why he keeps pushing his scam, because he doesn’t want to lose his income. In fact, if you do your own research, you might find out that Keshe is paid by the Iranian government, as a teacher at the Sharif University in Tehran, so he actually is a paid agent himself. And a major gameplayer.

We are sick of Keshe using the word “correct” when in reality he doesn’t even know the meaning of this word. We are sick of Keshe daring to speak for humanity when in reality he mocks everything that humanity stands for. He does not represent the good people who want REAL peace. We are sick of Keshe playing his games with everyone who comes his way. Leave us alone Keshe, and stop your malicious charade. Everybody knows that you have gotten yourself in trouble in several countries. There is gossip all over Italy already, so the next batch of people whom you are going to fool will then be accused of being Italian secret agents ?

People, you still don’t see that you have been fooled and/or scammed by Keshe ? Well in our next post we will take a look at how the KF operates, and why so many people got fooled.

Meanwhile, have fun with this brilliant parody. 😉