Here is definite proof that Keshe lied about Fukushima!

“Because of the severe radioactive pollution, Fukusima’s farm lands have been concentrated with a low level of Cs137. So we have designed the very easy and effective soil improving system by “Nano Film” Coating Technology on the surface of every soil component (all the minerals and clays) by our technology. As Cs is just like Sodium(Na), and Cs ions will be solved by water and rain. Plants absorbs Cs137. If the soils were covered with “Silica Nano Film”, Cs137 cannot be solved by water and this is proven by chemical experiment.”

Here are the documents which Mr. Takeda provided. This is REAL science, not Keshe BS. 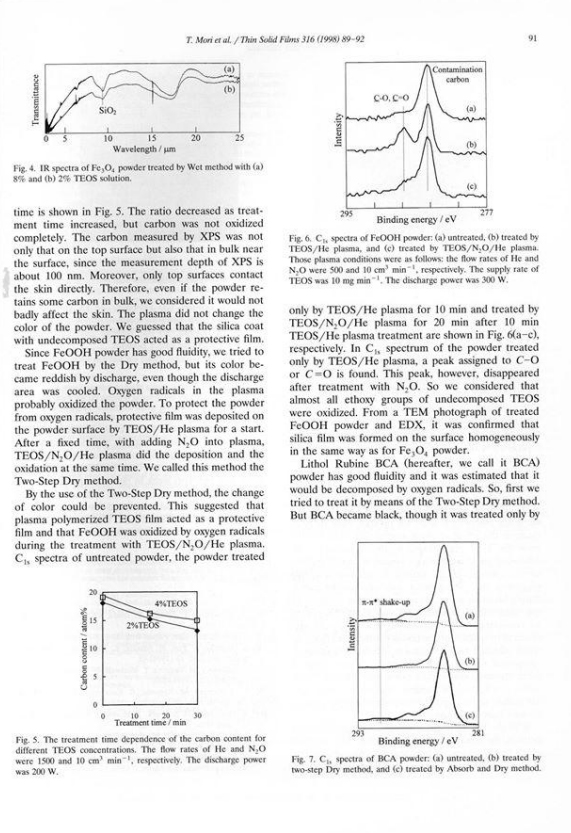 So Keshe lied AGAIN, this time about Fukushima. The Keshe Foundation has NOTHING to do with the cleanup! Instead, the Japanese company ISI is responsible for the Fukushima cleanup.

As you can see, Keshe can only use his lies and play with people’s minds as long as no officials are informed. That’s why it is important to question everything!

So what’s going on ? Why is Keshe lying all the time ?

In addition to Keshe being a malignant narcissist, several individuals claim that Keshe might actually be under mind control and/or suffering from what is called “Saviour Programming”.

In this article you can read the following:

– The “Saviour” takes on a new persona, a name change, or change in demeanor; an urgency to proclaim; a certitude of His singular importance or the urgency of The Message (prophecy).

– The “Saviour” become increasingly didactic; ideas become dogma; insights become Inspired; the Persona begins to assert the NEED for His particular gospel, always with a “twist”.

– Behind the scenes, the Saviour becomes more insular, the ego complex builds, and with it an Identity that supersedes the “merely human”, the unwashed, the huddled masses… pick one. It is here that the seeds of paranoia germinate, and where the Persona will usually begin to move towards aggressive behaviors, either overt or subtle (beware the subtle-passive-aggressive Persona becomes VERY dangerous).

– The other component, and the one which is more disturbing, is the cult that seeks out and follows. They are the machine that moves the gears of the Saviour Program. Even when certain figures arise, who may have some Light, may be of pureness; if they are useful to the Program… Trigger->Loop|subroutine->Trigger->Loop… just follow the history of Christianity, Islam, and Judaism to see the historical outworking at maximal intensity. Ultimately, traumatized, unhealed Humans feed the program, which runs with precision the same deadly cycles.

(This means it’s the KF followers who give Keshe attention who actually drive this sinister operation!!! So Keshe alone cannot be blamed. Everyone who supports him is also responsible.)

Then the article goes on:

On another scale, with a different twist comes the case of Mehran Tavakoli Keshe, an Iranian born nuclear physicist who among other things, claims that his plasma technology will make possible all the things needed for a space mission: propulsion, energy, food, water, healing. His most famous claim was  that it was his anti-gravity technology that was in play when Iran intercepted and safely grounded a U.S. drone. While Keshe routinely holds press conferences and symposia via his Keshe Foundation, and “announces” his technology, there are, to date, very little in the way of actual demonstrations of the devices; mostly elaborate jargon-filled descriptions laden with exotic science-speak and vast promises for the future of humanity. The most elaborate to date is his famous “Messiah” announcement:

“Today and with this pen, I as the Messiah and I whom took his time to be amongst you, to learn about your shortfalls and false lives, for me to be able to understand your problems, I spent over 55 years with you, worked your ways to be able to help and guide you out of this life of the jungle of this planet, I call up on you to lay down all arms and all thoughts of greed and misconducts and killings.” ― Mehran Tavakoli Keshe, April 18, 2014 (Good Friday)

On October 16, 2015 in Rome Italy, Keshe launched his newest initiative, “Free Energy In Exchange For World Peace”, whereby he plied “Ambassadors” from various nations with a “margin” free energy device in exchange for their commitment to peace. He also released the plans to build the devices onto the internet. To date, no working devices have been seen.

“This mania and evangelical zealotry surrounding Keshe right now is extremely worrisome. It doesn’t even have anything to do with his baseline work. It is the mania around it and the fact that every story seems to have Keshe attached, no matter how far-flung. PLEASE remain neutral while this is examined. This really smacks of Saviour Programming at the moment”.

The same article also mentions Simon Parkes, who like Keshe and many other “important” interviewees, was featured on (surprise!) Project Camelot.

And in the recent exaggerated earthquake warning by Keshe, there was a reference to Dutchsinse, who (surprise!) was also featured on Project Camelot, and has never been accurate in any of his predictions.

“Following the last earthquakes in Japan. And within the frame work which we said by 18th-20th of April.
The Keshe Foundation announces the eminent earthquake in west coast of USA.

We ask all our followers to evacuate the west cost of American continent as matter of urgency.

This is not a warning , but an urgent request of evacuation. And may be the last one. For some.”
M.T. Keshe

This announcement was then followed by another one, which clearly shows once again the intention of these doomsday fearmongers. 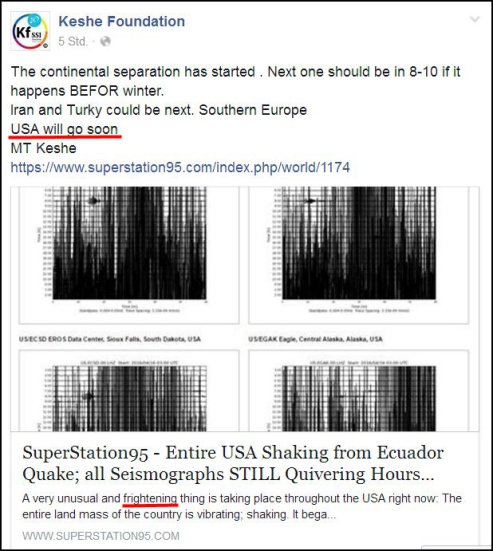 These earthquake warnings only confirm what we said: Keshe creates fear to control his followers, and to gain attention. Did that giant earthquake happen ? Of course not ? Is anyone surprised ? Of course not. (well except maybe Keshe’s followers, who like Keshe, seem to be in favour of such terrible events, otherwise they would not repost Keshe’s nonsense everywhere) – In the past Keshe predicted earthquakes and millions of deaths and advised his followers to move, but nothing happened. Earthquakes happen around the world all the time. People get killed when they happen and that’s bad enough. But to abuse their suffering to gain attention and to make profit like Keshe and other doomsday sayers do is despicable.

All those Camelot people have their own theme, their own agenda, their own followers, and one common denominator: they never tell the actual truth. But like Keshe, they all have invented huge stories… stories that could fill hundreds of science-fiction books. But why write books when you are much better at boosting your ego in public by telling the most ridiculous lies ? It seems that Keshe uses conspiracy sites like Project Camelot as his news source (!) and then comes up with Camelot based fearmongering to keep his followers afraid and under control.

All this craziness around Camelot seems to indicate that all these smaller cults (such as the KF) are part of a larger cult, which was set up to mislead humanity and to distract attention away from the real truth about certain matters. Which ones ? We’ll let you figure that out for yourselves.

And then of course, as expected, Veterans Today wrote another article, this time referring to one of their older articles from 2014, in which a claim was made that Keshe’s technology had been used. They claim that because that article had been read by a lot of people, Keshe must be legitimate. LOL! But they also admit that the real reason for the many views is the story about the American ship.

So they are basically still supporting Keshe in saying the KF technology (which, according to Prof. Meyl, Keshe doesn’t even have!) can take down drones, power the planet, heal all diseases, make any vegetable pregnant, and even make your virgin wife have 52 children within only 3 days! We are talking about a “free energy” technology which requires to be plugged into the power grid, so how can it do ANYTHING that miraculous ?

And once again the story of Keshe’s poisoning came up. No, he was never poisoned. He probably poisoned himself and his wife, or he just pretended, to gain attention and to make others believe that he has something of importance to show. You want to know part of the real story behind it ? Here is what Dr. Eliya said:

“All I said during a workshop in late summer of 2015 was that Mr. Keshe had symptoms that would indicate the use of the homeopathic remedy Arsenic. So IF he had been poisoned, it would probably have been done with Arsenic. That’s all I said, but I never confirmed he was actually poisoned. But he still caused the police to start an investigation.”

So Keshe lied again and falsely accused everyone around him of trying to kill him. Keshe is such a spin doctor. Another possibility is that Keshe poisoned himself over the years with radioactivity, due to his own neglection of safety precautions, and then touched radioactive material, which caused burn spots on his fingers. He kept that radioactive material in his garage where his little boy played and where Caroline kept the vacuum cleaner. Later they claimed murder attempts on their lives.

So we hereby ask Keshe to provide as evidence the result of that police investigation. If he can’t provide it, the poisoning story is CLOSED and obviously not credible.

We ask ourselves: after all the proof we delivered on this website, why would Veterans Today STILL continue to support Keshe ? Is it feasible to support a criminal ? Who pays them ? Who handles whom in this sea of lies ? Do they genuinely believe Keshe, or do they intentionally support his fraud ?

Veterans Today themselves wrote that NWO agents don’t need to deliver any proof, they just repeat their mantra over and over again… which is exactly what Keshe and Veterans Today have been doing! Keshe has NEVER shown any proof of anything, so VT only keeps speculating, but to benefit whom ? Keshe and his cult ? Their own pocket ?

After Keshe has been caught lying so many times by so many different people, he and Veterans Today still carry on repeating their mantra. Deceivers In Action. DIA ? A side arm of the Crooks In Action ? 😉 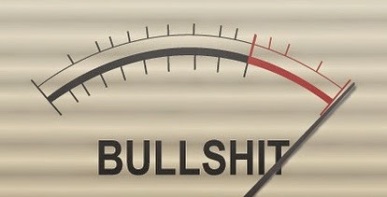 “What ever happened to freedom of speech, Keshe?”

“Interesting is that anyone who has a different opinion of Keshe or his followers is immediately isolated. One of those diehard followers came to tell me I was not on the same spiritual level that he and so did not understand the technology, said that because I do not consider Keshe the Messiah and never consider, nor, I believe this Keshe follower is the “Archangel Michael”… how it me self entitles…. kkkkk… excuse me this was too much for me ….. I immersed myself in it and follow Keshe with their classes etc … well…… after so long I’m still waiting for some rabbit out of the hat, maybe someday someone stumbles on something that really works and can be tested by people independently.”

“Mr Keshe, have you been tested for syphilis? This is a valid question because you are showing signs of severe delusion which is one symptom of advanced syphilis.”

“One day he (Keshe) will have to take his daily crap on a stainless steel bucket in a cell somewhere.”

“ABSOLUTELY IT IS A FRAUD………HOW DO I KNOW??????? Easy…..Gordon Duff, from VeteransToday endorses this. Never trust Duff……….”

So the central question is: do people want the truth, or do they want to continue playing mind games ? Why do they not question Keshe ? Do they enjoy following a deceiver ?

If this technology is so real, we are sure that Keshe will finally do a live demonstration of his flying car in Dubai: the flying Messiah in action!

Go Mehran! Don’t disappoint us! We know you can do it! We are expecting you to fly the Keshe Industries 2000 (K.I.T.T.) around the Burj Tower this Thursday!